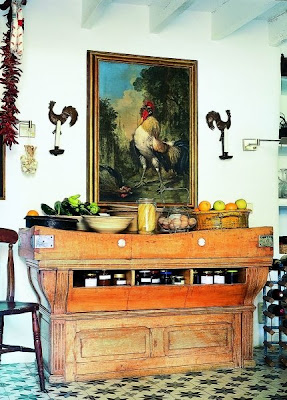 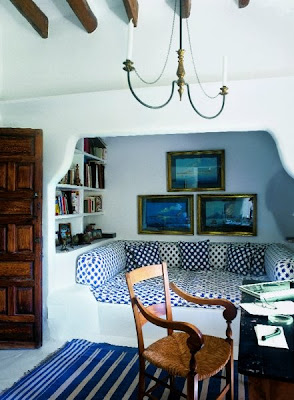 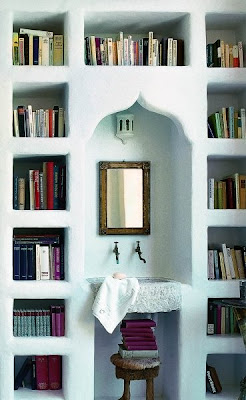 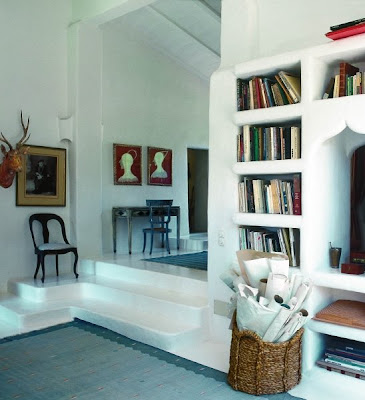 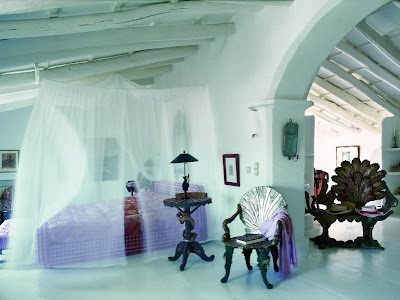 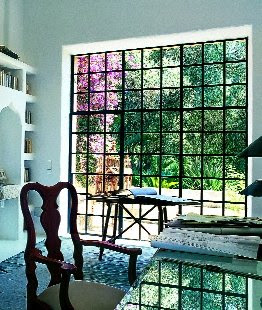 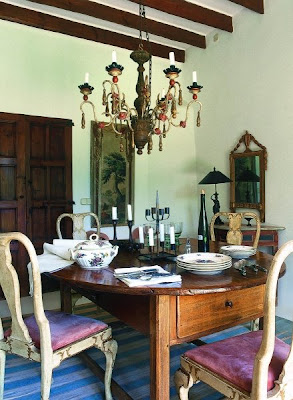 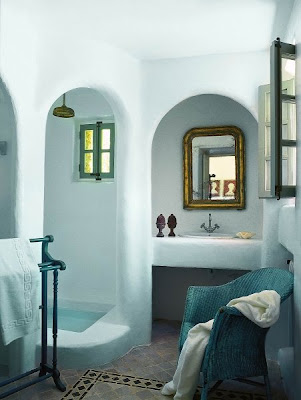 Some ten years ago, German interior designer Nona von Haeften and her husband Wolf Siegfried Wagner, a stage designer, paid their first visit to Mallorca. The couple had been looking for a holiday house for some time, but convinced that Mallorca had long since been ruined by mass tourism, they had never visited the island. One day, an old friend who had a house in Mallorca and knew the island well persuaded them to make a visit in order to inspect an old finca that she knew was for sale in the eastern part of the island. Although highly sceptical, Nona and Wolf agreed to fly down from their home in Hamburg for a short visit. It was a classic case of love at first sight and just three weeks after their arrival, the finca, together with a sizeable plot of surrounding farmland, was theirs.
Once the building work was complete, the business of furnishing the house took over. Nona sourced most of the fabrics and furniture from her contacts and suppliers in Germany, France and England. No easy task, but the house was eventually made ready to receive its first contingent of guests who were thrilled to find themselves staying in such delightful surroundings.
It wasn’t long before the finca became the couple’s main residence. Word of the successful transformation of their new home soon spread and within a matter of months Wolf had been asked to renovate and design other houses on the island. Meanwhile Nona has set up an interior design business in the nearby town of Manacor. Her shop, called Unicorn, stocks everything one could possibly need to set up home - antiques from Europe, stylish furnishing fabrics ranging from ravishing silks to cool, practical cottons, furniture in wrought iron and wood made locally to Nona’s design, together with ceramics and accessories made by talented craftspeople living on the island. Some years later, Nona opened a second warehouse-type shop, called Coconut Company, in premises next door - a treasure trove of stylish rattan furniture and affordable accessories imported from the Far East.
Posted by christelle at 06:47 14 comments: