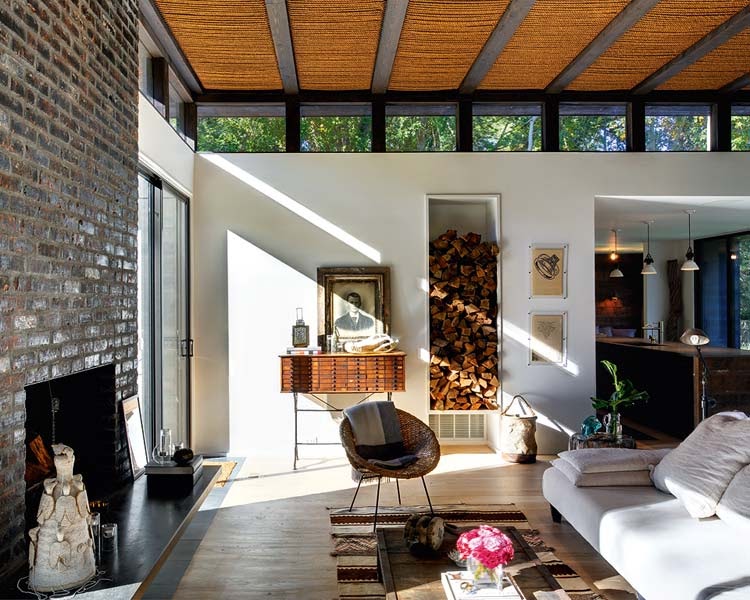 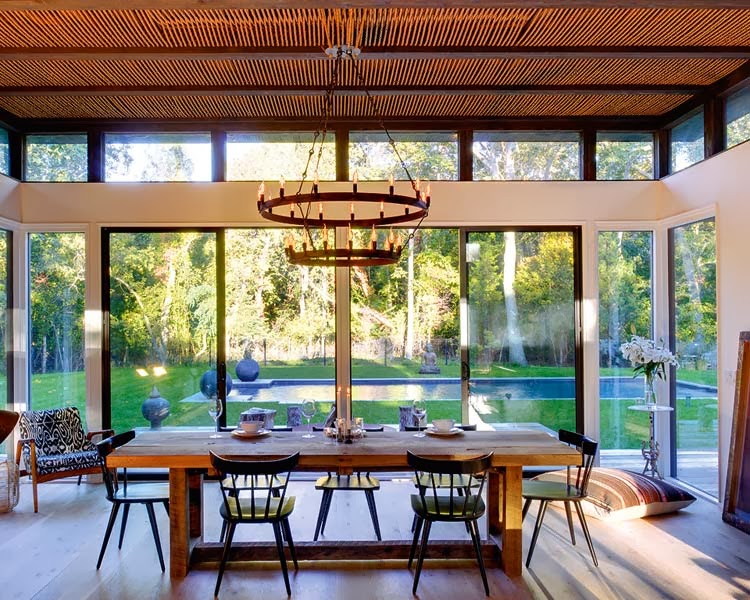 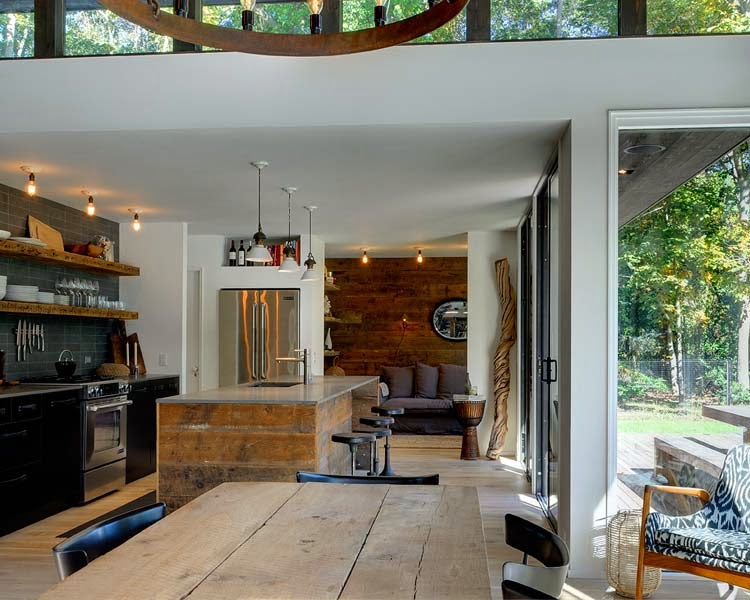 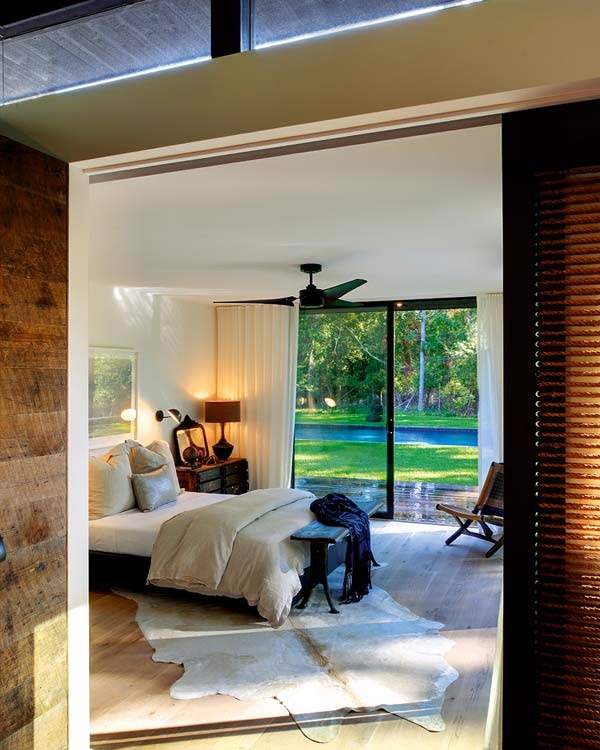 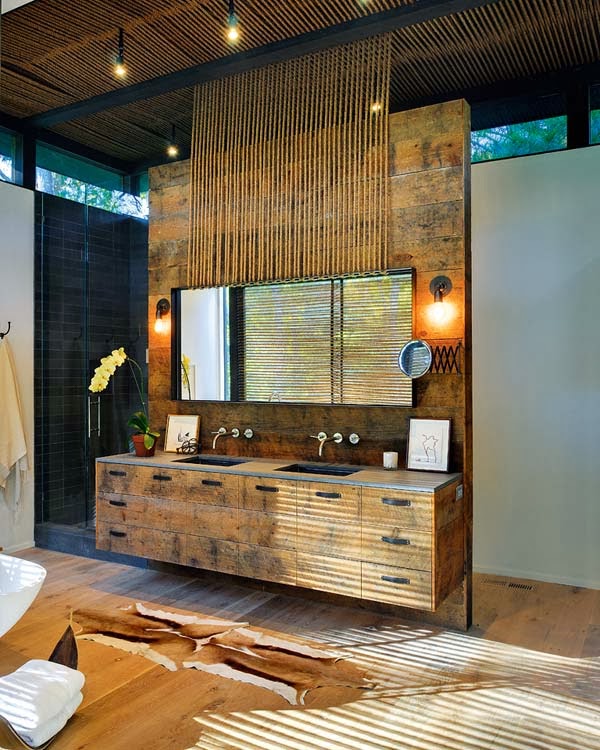 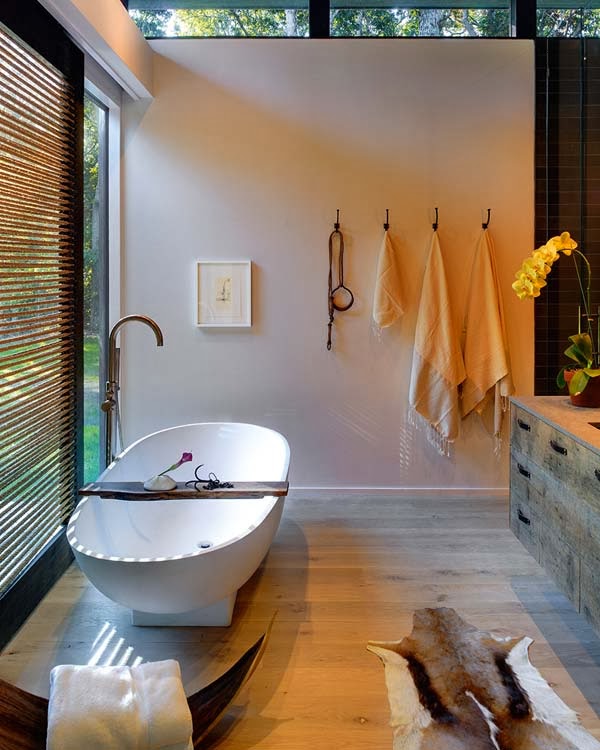 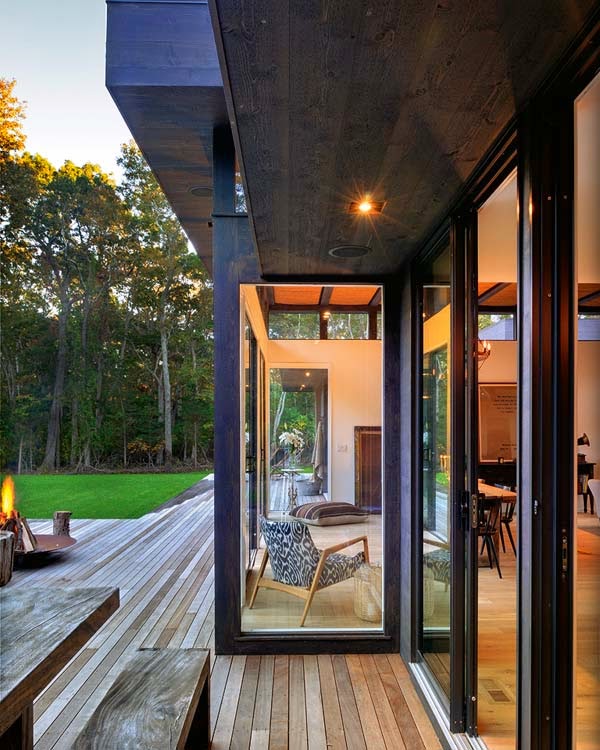 When Athena and Victor Calderone first saw the beach house in Amagansett, New York, it was love at first sight. After a year of searching, they hadn’t come across anything like it—a 1960s house with clean lines and clerestory windows that let in plenty of natural light.
They bought the property in May 2009. “We literally painted everything white,” explains Victor.  The kitchen, which was tucked away in a cramped corner, would be moved closer to the main living space. They would also expand the master bath. But their primary goal was to give the whole house a laid-back feel that walked a fine line between modern and rustic.
After finding the right place, they were determined to make it reflect their personalities. Athena began collecting vintage and antique furniture and accessories from local sources. She created texture by installing reclaimed-pine boards on interior surfaces, repurposing wooden beams as kitchen shelves, and adding leather pulls to the kitchen and bathroom cabinetry.
The Calderones hired Sag Harbor architect Paul Masi, who expanded the four-bedroom home’s footprint from 2,000 to 2,400 square feet. One of Masi’s most welcome suggestions was to use thick woven Manila rope as a finishing treatment on the ceilings. The rope offers more than a decorative element. Lengths of line hang from the ceiling to support major pieces, such as a light fixture above the dining table and a mirror in the master bath.
The result is a deeply comfortable home with layers of history as well as tactile pleasures. “It’s very much a beach house, but it also feels like a cabin in the winter".

Email ThisBlogThis!Share to TwitterShare to FacebookShare to Pinterest
Labels: other american interiors